"I CAN'T PREVENT MYSELF FROM THINKING." - JEAN-PAUL SARTRE

I've been going back and forth since publishing this site on whether to include a blog, only to conclude that nobody (or, at least, nobody I know) wants to read a blog past its current iteration. Thus, after several experiments in careful curation and carefree inspiration (interrupted by bouts of severe laziness), I struck upon an idea for my blog which I hope you will find creative and unique.

To that end, I present REM DIEI, a "blog" in which I write my musings as one long diary (or story, or stream of consciousness, or train of thought, or word salad, or brain-rhymeswithsmart or...take your pick). Anyway. I'm starting it right now, on a dark and dreary night, on November 11, 2017, at 8:27 PM...
Right now, it's a dark and dreary night in the suburbs of Washington, DC, on November 11, 2017, at 8:27 PM. A dark and dreary Friday night, that is. Which just shouldn't be so. I'm supposed to be doing something interesting, like watching the second season of Stranger Things or marathoning Always Sunny before it moves to Hulu in less than a month, yet I can't pry myself off my computer. I have too many things to manage, from my Fiverr gigs to my Indeed job searching to my LinkedIn profile to editing this site (COUGH more shameless plugs unCOUGH).

Then I remember that there is more to life than being on the computer and promoting myself, so I guess I'll shuffle off to the living room to join my better half and nibble on some popcorn while getting lost in the Upside Down. I just got distracted, but I'll remind myself again that I need to watch the second season before I read all the spoilers. I'm looking up the definition of "dreary" now. I experience a moment (well, more like 15 minutes) of internal debate on whether to write in present or past tense. Meh. A debate for another day. The time is 9:03 PM, and I'm still on the computer, wondering where the time (and popcorn) went.

Right now, it's 10:52 PM on November 15, 2017. I marathoned the second season of Stranger Things in a couple days, and LOVED the theatrical scope that makes this season slightly superior to the first. The music has definitely played a large part in making synthwave my new favorite sub-genre of music. Well, that and 2011's hipsterish slow-burn neo-noir Ryan Gosling vehicle Drive.

Anyhoo. I'm not quite sure about this blog's direction. I'll probably scrap this idea and establish a legit blog in its place. I think it's time for a Fortnite e-battle royale to get my mind off my thoughts about blogging, work projects and my job search. Hand me my cartoonishly-pixelated pickaxe. 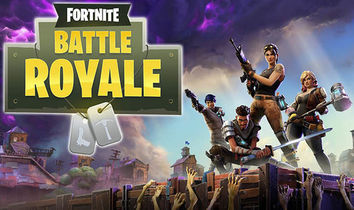 Right now, it's Saturday, November 18th, 2017. It's five minutes until 10 PM. I'm only starting to digest a delicious homemade Peruvian rotisserie chicken dinner (compliments to the chef -- and the Food Network for hooking her up with a finger-lickin'-good recipe). Easily the best 'ruvian I've had, and I've had Sardi's so that's saying a lot!

Earlier in the day, I had a wonderfully breezy discussion about emerging tech on the horizon, including smart homes, autonomous mass transit, drone phones and flying Ubers. Notice a theme? In case it wasn't clear, humans are willfully handing over their autonomy to robots. The artificial intelligence paradox shouldn't be lost on influencers and inventors that the more we create and innovate, the more power and control we are relinquishing to our creations and innovations. Some food for thought this evening. Which reminds me...time for dessert! 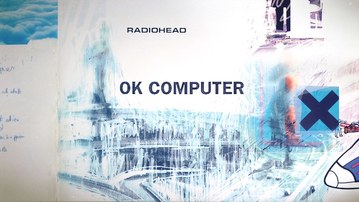 Right now, it's 11:11 AM on 11/20/2017. I set up my Twitter account a couple days ago; one of my first steps in being everywhere, as the social media mantra goes. I'm a little disappointed that the most logical account handle was taken, but no biggie; that Brilliancer hasn't been active in at least a year. I was thankfully able to convert my LinkedIn account to the name Brilliancer. A surprisingly simple fix; ain't branding fun? Next up: Facebook, YouTube, Instagram?

In the meantime, I've been working on drafting a proposal for a long-term project where I'll be able to write a ton of content and put the "be everywhere" mantra to practical use. Today I'll be spending the rest of the day switching my car insurance; I'm not sure whose side my current provider is on, because for the same exact coverage on my '16 wheels, switching to GEICO today will save me $150 a month. (That's no typo!) Something to tweet about today...in all meanings of the word. 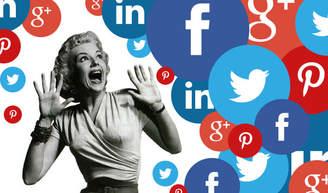 Right now, it's 11/22/2017 at 9:27 PM on Wednesday night. It's the night before Thanksgiving, and I'm priming my gut for nonstop gluttony commencing about 14 hours from now. To wit: I just polished off a McDouble, a large fries, about 7 McNuggets and half of an Oreo McFlurry. A holiday "tradition," my Thanksgiving is almost always preceded by a night of fast food which works two-fold: 1) it expands my stomach, and 2) the utter lack of nutrients makes my stomach growl about...14 hours after eating it. Don't worry though; family, football and funny flicks will be part of my Thursday repertoire as well. And at least I don't partake in the usual Friday idiocy.

My Tuesday's repertoire was less traditional; my team of two people won pub trivia at the local Greene Turtle. Before you scoff, this ain't the usual sports bar crowd, and this is one of the most educated metropolitan areas in the country. Anyway, it earned us a $25 voucher, which, save 54 cents, would have covered our meal. I say "would have," since we closed out a few minutes before the final round, when we were trailing in third place in a pool of eight or nine teams. I'd like to take most of the credit for the comeback victory, but I'll just say this is the one time it pays to have loud neighbors and leave it at that. Slow and steady wins the race. 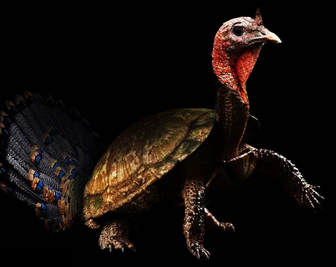